Compared to other forms of travel, flying is by far the safest way to get from one destination to another. However, when air disasters happen, the consequences are often devastating. The Regan Zambri Long aviation and airplane accident attorneys compassionately serve our clients and are committed to walking you through the complicated claims process.

Are You the Victim of a Plane Crash?

If you or your loved one were a victim of an air disaster, contact a Regan Zambri Long aviation and airplane accident attorney today. We offer free consultations to prospective clients and will spend time discussing all possible legal avenues for your case. The road to recovery following a plane crash is long and difficult. Let the Regan Zambri Long personal injury lawyers take over the claims process so you can focus on healing from the accident.

Airplane accidents can leave injury victims and family members with an uncertain financial future. With the loss of wages, expensive medical bills, emotional and mental anguish, it can take a lifetime to recover from an accident. But with a DC airplane accident lawyer from Regan Zambri Long PLLC, accident victims reclaim what was lost and ensure their quality of life for years to come.

Sharing that commitment, our attorneys have recovered more than $650 million for our clients and their families. Our caring and compassionate attorneys will help you through this difficult time of your life and make sure you understand the complexities involved in these types of cases. Regan Zambri Long PLLC is ready to fight for your rights, from devastating airplane accidents to wrongful death claims. 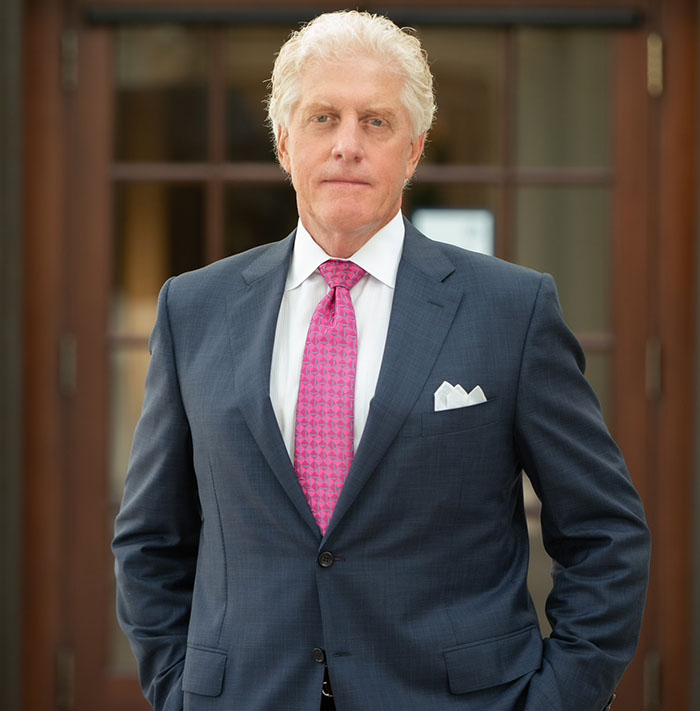 Are There Different Types of Aviation Accidents?

Commercial airliners come to mind when we think about aviation accidents. However, there are several types of accidents that can take place in the Washington DC skies and airports. The Regan Zambri Long aviation and airplane accident lawyers have extensive backgrounds in the following aviation accidents:

What Causes an Airplane Accident?

Most aviation accidents are complex and involve several factors that go wrong. We can help determine what those factors were and the parties who should be held accountable. The variables that can cause an airplane accident are:

Errors by the pilot, flight attendants, and ground crew can lead to horrific plane crashes, like the Air Florida Flight 90 that crashed into the 14th Street Bridge over the Potomac River in 1982. The pilot did not switch on the engine’s internal ice protection system and failed to melt the ice that was in front of the plane. Furthermore, even when a problem was detected while taxiing, the pilot refused to abandon takeoff.

Fatigue, ego, impairment, poorly trained pilots, and miscalculations of the impact of bad weather (such as icing on the wings) risk the lives of everyone on board the aircraft. Smaller airplanes are specifically subject to human error plane accidents. Examples of human error leading to plane crashes include:

Planes are massive structures made up of hundreds of separate systems, engineering, and different parts. A defect or failure in any single part of the aircraft could result in tragic consequences. Equipment failure could result from a design flaw, a manufacturer flaw, or even from regular wear and tear. Inspections should be performed before and after each flight.

Corporations, such as big commercial airlines, are responsible for ensuring the safety of the customers. Their planes should be kept in pristine condition and hire top notch pilots and ground crew. However, many large aircraft corporations try to cut costs by allowing only the minimum amount of fuel, disregarding maintenance checks, and allowing unsafe landings.

While no one can actually be blamed for the weather, it is up to the pilot or the airplane company to make sure their passengers are as safe as possible while on board, no matter what the weather forecast is. Aviation professionals are trained to study and understand the dangers of bad weather. If the pilot or aviation company failed to check the weather or if they underestimated the dangers of bad weather and caused a crash, you have rights to compensation.

Our Aviation Accident Lawyers Can Help You with Your Claim

Aviation claims are highly emotional and extremely complex with multiple parties who could be liable. The Regan Zambri Long aviation and airplane accident lawyers will work with industry experts to investigate the crash, determine fault, and then pursue the maximum amount of damages for your injuries and suffering. Our lawyers are deeply knowledgeable in federal law and Washington DC insurance policies. You can rest assured you will have a legal advocate by your side to protect you from greedy corporations and their aggressive insurance providers.

Plane crashes create enormous publicity and the complexity can drag out a claim for years. Regan Zambri Long has the financial backing to see your case through until the very end. Our nationally recognized firm is regularly recommended by lawyers and judges across the United States. Our commitment to you: we will not collect a fee until a settlement or verdict is reached in your favor. We will work tirelessly to secure the following damages:

Victims have a 95.7 survivability rate in the event of a crash, which is higher than many expect. However, in the cases where a loved one died in an aviation accident, Regan Zambri Long can help you pick up the pieces and secure financial compensation for you and your family.

Your loved one may have brought in a significant portion of income, or may have been the sole provider. In these cases, the aviation and accident lawyers will pursue enough compensation to ensure your family is not thrown into financial distress as a result of the accident. We will work to secure any medical costs associated with the accident, as well as funeral costs.

The Regan Zambri Long PLLC personal injury attorneys understand they are meeting clients in the darkest moments of their lives. Though we know we can’t change what happened to you and your family, we can offer consolation by serving justice on your loved one’s behalf. Schedule A Free Consultation With A Top Plane Accident Attorney

Q: What injuries could I sustain from a plane crash?

A: Unfortunately, some plane accident victims do not survive the crash. For those who make it, their injuries can be catastrophic. Speak to a Regan Zambri Long lawyer today if you suffered permanently debilitating injuries from an aviation accident. We will work to secure the maximum amount of compensation for the following injuries:

Q: What is the FAA and what does it do?

A: The Federal Aviation Administration is in charge of overseeing and enforcing all the regulations and standards covering the manufacturing, operating, and maintaining aircraft in the United States. For example, the FAA must enforce the new regulations from The Small Airplane Revitalization Act of 2013. This is a piece of legislation that instructs the FAA to provide an easier route for new light aircraft designs. It also includes a way for small aircraft owners to reduce the costs of maintaining their light aircraft.

The Regan Zambri Long aviation lawyers have extensive knowledge of the FAA rules and regulations and will use our knowledge to help bolster your claim and secure the compensation you deserve.

Q: What is the Montreal Convention?

A: The DC National Capital Region is governed by a Special Flight Rules Area (SFRA) that falls within a 30-mile radius of the Ronald Reagan Washington National Airport. The SFRA restricts all flights in the greater DC area. This was established after the September 11th terrorist attacks. In order to fly within the Special Flight Rules Area, the aircraft must file a special rules flight plan, have a transponder code, and remain in contact with air traffic control at all times. In addition, special training is necessary for pilots flying near Washington DC.

A: Drones are allowed in limited areas in Washington DC and are subject to all FAA rules and regulations. Drone operation is allowed for recreational or non recreational use between 15 and 30 miles from Washington DC under the following conditions:

Q: What is the most dangerous part of a flight?

A: Landing is the most dangerous part of any flight. In fact, according to Business Insider, 49% of all fatal accidents occur during the descent and landing of the aircraft, while takeoff accident fatalities remain around 14%. There is a simple explanation for why these two legs of the trip are the most dangerous. During takeoff and landing, the plane is low to the ground, which means if a problem occurs, the pilot has less time to react and fix the problem. When situations come up while the plane is cruising, the pilot has the time and the altitude to thoroughly investigate the problem and decide a course of action.

Q: How do I increase the likelihood of survival in the event of a plane crash?

A: Increasing your odds of surviving a plane crash range from what you wear to where you sit on the plane. The Sun offers helpful tips, like:

A: The Regan Zambri Long PLLC aviation and airplane accident lawyers have more than 100 years of combined experience. We have secured millions of dollars for our clients over the years, and are highly motivated to protect our clients’ rights both in the conference room and courtroom. Several of Regan Zambri Long’s board-certified trial attorneys were named the top ten lawyers by Best Lawyers for their skill and ability to handle major cases. When you bring an aviation case to Regan Zambri Long, you’ll be met with compassion, care, and a team that will make sure you see justice served.