Victor Long is a board certified civil trial lawyer and a founding partner at Regan Zambri Long. He has a DC Metro and national practice devoted to trial work and to those who have suffered catastrophic injuries. 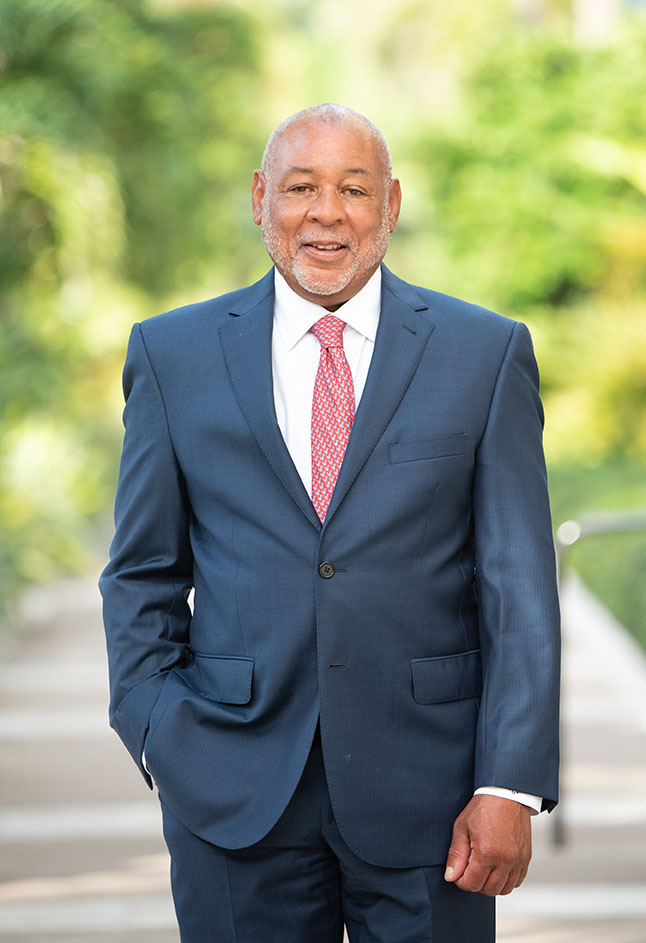 A Lifetime of Service to Individuals and the Community

Since 1999, Victor has been board certified in Civil Trial and Civil Pretrial Advocacy by the National Board of Trial Advocacy. Victor has been listed in Best Lawyers of America since 2014 for both Medical Malpractice Law and Plaintiffs and Personal Injury Litigation. He has been named to the Washington, DC Metro Super Lawyers list since 2008 and is “AV” Peer Review Rated by Martindale-Hubbell.

Victor was recently appointed by the Washington, D.C. Court of Appeals as a Trustee for the Client Security Trust Fund, overseeing the safe investment of clients’ funds held in trusts in the District of Columbia. He is also responsible for deciding whether claims made by clients who have lost money due to the dishonesty of lawyers can proceed in a court of law.

Victor is a longstanding member of the Executive Committee of the Council for Court Excellence and currently chairs the Youth Justice Committee. He is a past president of the Trial Lawyers Association of Metropolitan Washington D.C. He is a founding member of the Board of Trustees and Board Secretary for Friendship Public Charter Schools.

Victor has served as a court-appointed mediator in the District of Columbia for 15 years. He has taught training seminars for other mediators, has been certified for complex medical malpractice mediations, and has been an instructor in mediation for foreign delegations.

Victor earned his Bachelor of Arts from Johns Hopkins University and his J.D. from the Northeastern University School of Law. He is licensed to practice in Washington D.C. and the state of Maryland.

Victor Long has been by my side throughout the negotiation for a settlement after a medical malpractice case. He’s been attentive, understanding and very helpful. I could not expect more from an attorney. He’s offered sage advice when I didn’t know where to turn. He understands the intricacies of the system given the challenges of change with Covid. It is quite the process and I have felt my interests were his priority at all times. I could not recommend him more highly. / Heather K.

Made a very stressful process bearable. Attorney Long was patient, willing to slow the pace down to help me be a worthwhile collaborator as I grieved my son’s death. During the investigation, I had to be out of the country. Attorney Long assured me that he and his staff will guide me through Zoom to be able to communicate as needed. Attorney Long was such an excellent referral to assume my case when my initial lawyer became ill. Noteworthy was how he kept him in the loop. I will definitely recommend Attorney Long to my friends and family if asked. / Joycelyn H

Victor Long assisted us with litigation that went to jury trial. He was extremely diligent and fought hard for us providing a successful outcome. He also helped us by answering any questions we had about the process along the way! / Amy M.

Victor Long and his team are well more than attorneys. They are consummate professionals who also can relate at the deepest level, to the hurt and pain that many feel when seeking their counsel. They are wise, kept us constantly looped in but not at all overbearing. Victor Long is extremely knowledgeable and very detailed oriented and when combined with his team, my wife nor I ever had to “wonder” about anything. Frankly, I don’t know how they do what they do and can still function when dealing with emotional cases but Victor and his team are definitely operating in their Purpose, and he and Amy Griggs represented a 1-2 punch in terms of their roles and results. I would definitely recommend this firm and Victor and his team, without hesitation or reservation. / Billy M.

Victor – it was nothing less than an honor to work with you. Your compassion, intelligence, and hard work will forever be appreciated. You and the wonderful staff at Regan Zambri Long PLLC never put us in a position to feel as if we were just another case but more so provided an environment were we felt like family which was very well needed especially after we endured such traumatizing event. I can keep writing but there are not enough words that would describe how appreciative my family and I are. Thank you again for all that you’ve done. / Ive N.