"Excellent service and excellent attorneys. They work very hard to make sure you have winning results. I was at ease that I had made the right choice. Regan Zambri worked very hard on my car accident case and I won. They made me feel very valued, respected and represented." 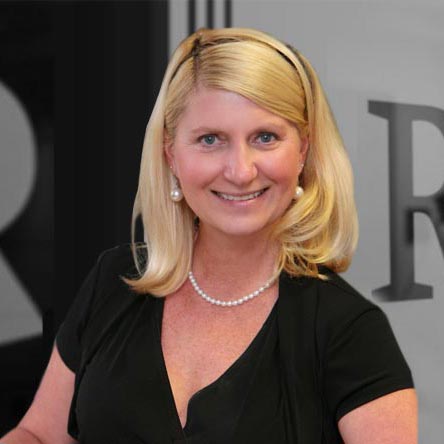 Laurie A. Amell, R.N., J.D. is Of Counsel in the firm of Regan Zambri Long PLLC.

She has successfully represented clients, both in trial and settlement proceedings, achieving numerous six and seven-figure verdicts and settlements in medical negligence, catastrophic injury, and wrongful death cases for over 25 years. She obtained a $20 million verdict in a brain injury personal injury case in DC Federal Court in December 2002. Laurie blends her background as a registered nurse with substantial critical care experience with her relentless advocacy in the courtroom for those who have suffered devastating medical injuries in the Washington, DC Metropolitan area. Working closely with her clients and top medical experts, Laurie has a proven track record.

Laurie has been named one of Washington, DC’s Super Lawyers and has been consistently listed in “Best Lawyers in America” for both medical malpractice and personal injury litigation. She was named Trial Lawyer of the Year in 2007 by the Trial Lawyers Association of Metropolitan Washington, DC, and served as their President in 2009-2010. Laurie has been consistently listed as one of the top lawyers in DC by Washingtonian Magazine and she has earned the highest AV Preeminent rating from the nationwide Martindale-Hubbell Peer Review Ratings.

Laurie graduated cum laude from Georgetown University with a B.S. in Nursing in 1986. She worked as a staff nurse on the Cardiac-Surgical Special Care Unit at Georgetown University Hospital from 1986-1988 before deciding to pursue a career in the law. She continued to work as a critical care nurse until 1989, while attending her first year in law school and rotated between the medical, surgical, cardiac, pediatric, and neurological intensive care units at Georgetown University Hospital. Laurie is originally from Madison, Wisconsin. She and her husband Michael Angst have been married for over 30 years and live in DC with their three children.